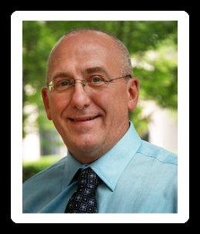 In July of 2011, Dr. Zullo joined the team at NIBIB as a Program Director in charge of the Drug and Gene Delivery Portfolio for the Division of Discovery Sciences and Technology. He also represents NIBIB on the Nanoscale Science, Engineering, and Technology (NSET) Subcommittee of the National Nanotechnology Initiative (NNI). Early in his career, after a postdoctoral fellowship at Yale School of Medicine, Dr. Zullo joined the Laboratory of Biochemical Genetics at National Institute of Mental Health in 1991, where he created the first mammalian (Chinese Hamster Ovary) cell line with a functional mitochondrial DNA-encoded gene stably integrated into the nuclear genome (termed allotopic expression). Dr. Zullo also assembled an intramural/extramural team that first demonstrated protease inhibitors (PIs) designed to block the HIV protease could also block the mitochondrial processing protease. This mechanism might contribute to the lipodystrophy syndromes that first surfaced when PIs were combined with nucleoside analogues (which also affect mitochondria) in highly active antiretroviral therapy (HAART). In 1997, Dr. Zullo spearheaded formation of the NIH Mitochondria Interest Group, which he continues to lead today. At the end of 2000, he took an opportunity to manage chemistry and life sciences projects for the Advanced Technology Program at the National Institute of Standards and Technology, until 2004. He returned to the NIH to become the Scientific Review Officer (SRO) for Gene & Drug Delivery Systems at the Center of Scientific Review. In May 2009 he became SRO for Biomaterials and Biointerfaces, until he began his current position at NIBIB. Zullo, an Eagle Scout, entered SIU-C as a SIU-C President’s Scholar in fall 1972 from Bradley-Bourbonnais Combined High School in Bradley, IL. He received his BS from the Zoology Dept. in 1976, and his MA in Zoology in 1982, concentrating on Limnology and aquatic entomology. Zullo then joined the Dept of Chemistry and Biochemistry and Herb Hadler’s lab in 1983 to work on his PhD in Chemistry and Biochemistry. Zullo married Carver McCown of Chestertown, MD in 1992 and they have 4 girls and 2 boys. He is a life member of the SIU-C Alumni Association, and the Alpha Phi Omega service fraternity.