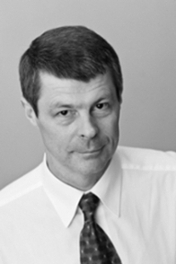 Daniel J. Ostgard received a doctorate degree in 1987 from József Attila Tudományegyetem (József Attila Science University) in Szeged, Hungary under the supervision of Professor Miháy Bartók. This was followed by a Ph.D. at Southern Illinois University at Carbondale with Professor Gerard V. Smith, where he was awarded the Sigma Xi Rose and Essie Padgett Scholarship for student research. He then performed his post doctoral studies with Professor Wolfgang M. H. Sachtler at Northwestern University in Evanston, Illinois. Dr. Ostgard joined the catalyst group of Degussa Corporation in 1991, where he developed precious metal powder and fixed bed catalysts for industrial applications initially in New Jersey and later on in Kentucky. In 1998 he transferred to Degussa AG (currently known as Evonik Industries) in Hanau, Germany where he took over the global R&D group for the activated base metal catalysts (Ni, Co and Cu catalysts à la Murray Raney) and these responsibilities eventually were expanded to include precious metal powder catalysts. He then worked 10 years in the area of technical business development for new catalyst technologies in North America, South America and Asia. He is now working with the newly acquired Evonik Catalysts India since 2015 as the senior global applied technology manager for hydrogenation and isomerization catalysts used in the fats and oils industries. In 2008 he was bestowed the Raney Award at the 22nd Organic Reactions Catalysis Society (ORCS) conference in Richmond, Virginia for the development and commercialization of base metal catalysts and has since 2012 served as the Non-North American director on the ORCS board. Dr. Ostgard has authored 50 awarded patents, 43 publications and more than 70 presentations at international scientific conferences.