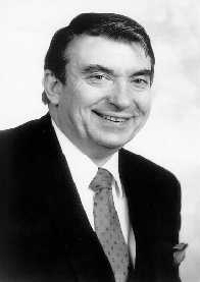 Jack Wallace was born in Harrisburg, Illinois. He earned his B.A. and M.A. degrees in Chemistry from Southern Illinois University in 1955 and 1957. He earned his Ph.D. in Biochemistry and Microbiology from Purdue University in 1962. Upon graduation, he entered the Air Force and spent three years on active duty and eleven years in the reserves. He served in a medical group as a Lieutenant Colonel, worked in civil service for eight years, serving at Lackland and Brooks AFB, and left the Air Force as Chief of Forensic Toxicology after establishing the Air Force Drug Abuse Testing Laboratory, which is still operating at Brooks. In 1970 he joined the Department of Pathology of the University of Texas Health Science Center at San Antonio where he was promoted to Associate Professor in 1974 and Professor in 1979. Professor Wallace served on the Editorial Boards of the Journal of Forensic Sciences, the Journal of Analytical Toxicology, and the Journal of Substance and Alcohol Actions/Misuse. He was a Founding Director and Diplomate of The American Board of Forensic Toxicology and was a Fellow of the National Academy of Clinical Biochemistry, the American Academy of Clinical Toxicology, the American Academy of Forensic Sciences, Sigma Xi Honorary Research Society, International Association of Forensic Toxicologists, and the American Institute of Chemists. He was a member of the America Chemical Society, Phi Lambda Upsilon Honorary Chemical Society, American Association for Clinical Chemistry, and a counselor of the Southwestern Association of Toxicologists. He authored over 120 papers in refereed journals, several chapters in books and one patent. Much of this work was in the development and applications of methods of chemical analysis for the detection, identification and quantitation of drugs, and/or drug metabolites in biofluids and tissues.