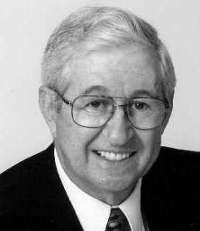 Daryle Busch was born in Carterville, Illinois. He earned his B.A. degree from Southern Illinois University in 1951 and his M.S. and Ph.D. degrees from the University of Illinois in 1952 and 1954. Then he joined the Department of Chemistry at The Ohio State University rising through the ranks to Full Professor in 1963. In 1987 that university awarded him its Presidential Professorship, and in 1988 he retired with the title Presidential Professor Emeritus. However, he immediately became associated with the University of Kansas, where he became the Roy A. Roberts Distinguished Professor of Chemistry in 1988. Professor Busch has engaged in four visiting professorships: University of Florida, 1960; University of California, Riverside, 1968; University of California, Los Angeles, 1975; and Japan Society for the Promotion of Science, Kyushu University, Fukuoka, Japan, 1978. He has served on nine editorial boards and has held numerous offices in professional societies. In addition, he has received many honors for his teaching and research. He was selected for the Alumni Teaching Award at The Ohio State University and he has been awarded the Bailar Medal in Coordination Chemistry by the University of Illinois, the Izatt-Christensen Award in Macrocyclic Chemistry, the Morley Medal of the Cleveland Section of the American Chemical Society, The Dwyer Medal in Coordination Chemistry from the Chemical Society of New South Wales, Australia, a Guggenheim Fellowship, and The American Chemical Society Award for Distinguished Service in the Advancement of Inorganic Chemistry sponsored by Mallinckrodt Chemical Company. Professor Busch has authored or co-authored over 325 publications , mostly research papers, but including 47 book chapters and reviews, five books, and five patents.